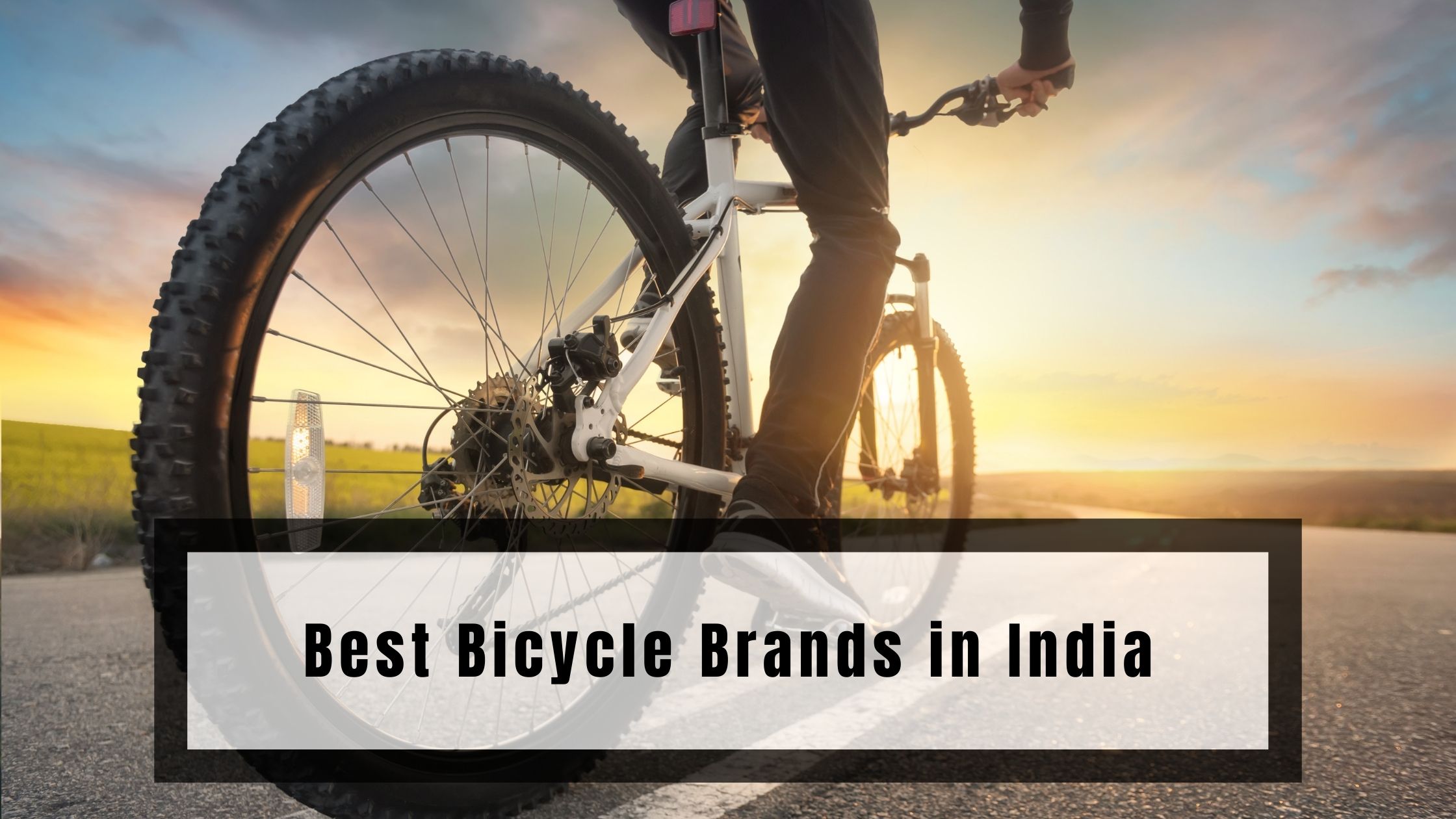 Looking for a good bicycle to help you get around? Check out our list of the Best Bicycle Brands in India for all the details!

Bicycles have made a major comeback in India in the last decade, thanks to a surge of international brands making their presence felt. Another factor is the tribe of cyclists and cycling clubs getting bigger and better as the days pass. So much so that dedicated cycling lanes have become a norm in some of the cities of India like Chandigarh, Bangalore, and so on.

I didn’t want to miss out on all the fun I had as a kid and wanted to get a bicycle for myself. I was clueless about what has been happening in that segment as it has been years since I sat on one.

When I started researching how to get my bicycle, I wanted to start with the basics and move on to the more expensive ones. I took my own sweet time to find the best bicycle brands in India as I wanted it to be an investment I didn’t regret.

I was aware of a few brands as friends of mine have taken to the hobby quite seriously, and I saw a couple of social media posts. So in this post, I will take you through the best brands that have revolutionized the humble bicycle and the art of cycling in India.

After having reviewed all the best bicycle brands in India based on various factors like quality, frame design, materials, functionality, features, price and much more; my team and I zeroed in on 7 brands that really stood out. Cycles from these 7 were put through a series of stress tests to determine the best. We found that:

The best bicycle brand in India is Hero Cycles. With almost 51 years of history behind it, this brand is known for its amazing quality and affordable prices. Most importantly, Hero has a huge range of bikes: Mountain bikes to city bikes. Hero makes 19,000 bicycles every single day and exports to 70 countries across the globe.

If you were born in India and grew up here, there is no way you could’ve missed the brand, Hero Cycles. They are undoubtedly the leaders in bicycle manufacturing in India.

Founded in 1956 in Ludhiana, Punjab. The brand is synonymous with cycling in India the first cycle ridden by most children in India had to be a Hero. I vividly remember cycling for the first time and it was my brother’s Hero. I don’t remember the name of the bicycle but I do remember the colors. It is one of my fondest memories to date. It was one of the best bicycle because of it’s stability and built.

Today, the brand makes 19,000 bicycles every single day and exports to 70 countries across the globe. That is enough said about this Indian bicycle giant. Their collection of bicycles consists of MTB mountain bikes, city bikes, Women’s bikes, hybrids, ATB, Kid’s bicycles, and everyday commuting bicycles.

Their supply network is spread throughout the country and it has been for over five decades. The tagline associated with Hero cycles “Cycle of Life” is indeed apt.

Now, this is a brand I will always remember, It was my first bike. My mom’s gift. An Atlas Rebel. Oh, I can go on and on about my trips on this first bicycle. I along with my friends rode it to and fro from school and on many short trips in and around my hometown. It just holds a special place in my heart.

I used to love the stylish look of this bike and definitely how lightweight it was. It’s one of the top bicycle brands in India.

Coming back to the brand, Atlas Cycles (Haryana) Ltd. which was previously known as Atlas Cycle Industries (ACIL) manufactured its first bicycle in 1952, a year before that when the company was founded, they only made bicycle saddles. They have come a long way from there. From producing 120 cycles per day, the facilities in Sonepat Sahibabad Rasoi and Gurgaon in Haryana can now produce 3.1 million cycles every year.

The brand’s ISO-9002 certification has boosted its exports to many countries including Myanmar and South Africa. The brand’s bicycle range consists of SLRs, CTBs, ATBs, and MTBs. The most popular bicycle from Atlas in India is the Atlas Goldline series, which holds a special place in rural India for India’s strongest cycle.

Avon is a brand that exemplifies the classic enterprising Punjabi spirit. What started from humble beginnings is now a brand to reckon with and is one of the best bicycle brands in India.

Post India’s Independence in 1947, the Pahwa brothers wanted to give India’s common man an affordable means of transport and with this dream, they started making bicycle saddles and brakes in 1948. It would soon become a business and incorporated in 1952 as Avon Cycles.

They started making about 250 bicycles initially as the first batch has now become a brand that believes in quality upgrades, sustainable and cleaner production technologies. Some of their most popular varieties include kid’s bikes, MTB bikes, ladies bicycles, Roadsters bicycles, and the recently electric bike.

My brother has Avon bicycle and I think it’s one of the best bicycle brands in India because of it’s price range and the features that it provides. I also find the built to be pretty strong.

The Avon Roadster has a cult following in and around the villages of India for being rugged, designed to last, and as a mode of transport even where there are no roads. It is a brand built in India, by Indians.

The brand BSA Hercules is what revolutionized the world of bicycles in India since its inception in 1949, they have been pioneers in bringing many bicycle models to India. Learning about their legacy was like taking a history lesson.

I’m not kidding, what started as a collaboration between Murugappa Group’s TI cycles along with Tube Investments, UK is now a successful Bicycle company in India, if not the best bicycle brand in India.

It was the year 1951 when the first Hercules rolled out of TI Cycles ‘Á’ factory in Madras state.  Hercules India was renamed Hercules in 1955 and there was no looking back.

The brand has given us Indians many firsts which carved a niche for bicycling in India. For example, they launched India’s first kid’s bicycle, BSA Champ, the Hercules MTB, the largest selling mountain bike to date in India. The company can also boast about India’s first bicycle with shock absorbers, the Rockshox, I am sure you all remember this. If not you might remember, Hercules Topgear, and BSA Ladybird the first geared and first bicycle meant for girls in India.

This brand has created memories across generations and will always remain that way for millions of Indians including me.

LA SOVEREIGN Bicycles Pvt. Ltd. is a joint venture between India and Thailand-based companies that are into high quality and world-class designs and manufacturing of bikes and kids toys.

SOVEREIGN is an India-based company that has been in the bicycle trade for the last 40 years and LA THAILAND is a Thai company manufacturing Bicycles, Toys & Electric Vehicles for Asian, European & American Market.

The vision is to work towards anti-pollution, innovation, and providing the latest for the customers of India. The bicycles manufactured by LA SOVEREIGN are fitted with Japanese and Taiwanese components, the bikes also use alloy rims and anti-rust steel spokes.

This speaks a lot about their commitment to quality. I trust this brand and have recently picked up a Cliff 2900, their single-speed MTB. Check out their collection on their website linked above and also locate a store near you.

You can also order the bicycles online which will be delivered in a well-built carton box that is easy to carry and handle. You also get a 2-year warranty on the frame and the fork.

FIREFOX is a brand known to produce premium bicycles, though it began operations in 2005, the company has grown over the last years. It is now one of the best bicycle brands in India and has an annual turnover of about 50 crores.

It wasn’t all hunky-dory from the start as they only sold 1200 bicycles in the first year of operation. Shiv Inder Singh the founder built this bicycle empire by chance. Now, FIREFOX has created a niche when compared to other established brands of bicycles like Hero and TI cycles.

Shiv Inder Singh catered to the NRIs who were returning to India and wanted a functional bicycle that could be compared to brands like Trek and Frog. FIREFOX delivered and it created a revolution of sorts.

Montra, a leading Indian bicycle brand that has the reputation of designing and manufacturing the first-ever carbon frame bikes. It is part of the TI cycles legacy and the brand was launched in 2011. It has now become a brand that is trusted and chosen by many first-time bicycle enthusiasts.

The pricing is balanced and I found their models enticing. I recently rode my friend’s Montra MTB and was super impressed. I might pick it up in the coming weeks. They are known for all types of cycles, right from Roadbike to MTB. From kid’s bikes to hybrids and also the city urban city sportbikes.

It is a brand built around performance bikes. The high-end range from Montra boast bicycles in the same range as international performance biking standards. As I mentioned above, the Montra Techno is the first indigenously designed carbon frame bike in India.

Things you should know before you buy a bicycle?

Benefits of riding on a bicycle:

Which is the most selling bicycle brand in India?

Hercules, Avon, Hero, and Firefox are one of the most selling bicycle brands in India for their strong build, stability, and affordable prices.

Firebox Bikes Private Limited is registered as an Indian non-governmental company. The company rose to fame recently for its amazing quality bicycles with advanced features. 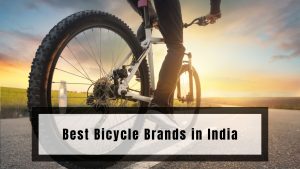 Check out the Best Bicycle Brands in India, these bicycle are stable, well-built and amazingly designed. Read further to know more.